Sarah and I had the pleasure of working with the Women’s Foundation of Greater Kansas City again this year (2013) on their annual video.

Last year (2012), we produced a story about a young woman named Robin who was being supported by an organization that received grant funding from the Women’s Foundation.  It was a great story that was well received at the annual luncheon.

For this year’s story, the Women’s Foundation wanted to produce a video that reminded their supporters why it’s important to support women and children in the Kansas City area with their time, efforts and money.

So after some brainstorming and organizing, with lots of help from Lacey at the Women’s Foundation, Sarah and I set out to interview about 8 people to tell this story.

From the start, I knew the interviews had to look great because we weren’t going to be able to rely on any b-roll to help the story along.  It was going to be people talking to the camera, so I had to work hard to create a nice look that I could carry through all the interviews. 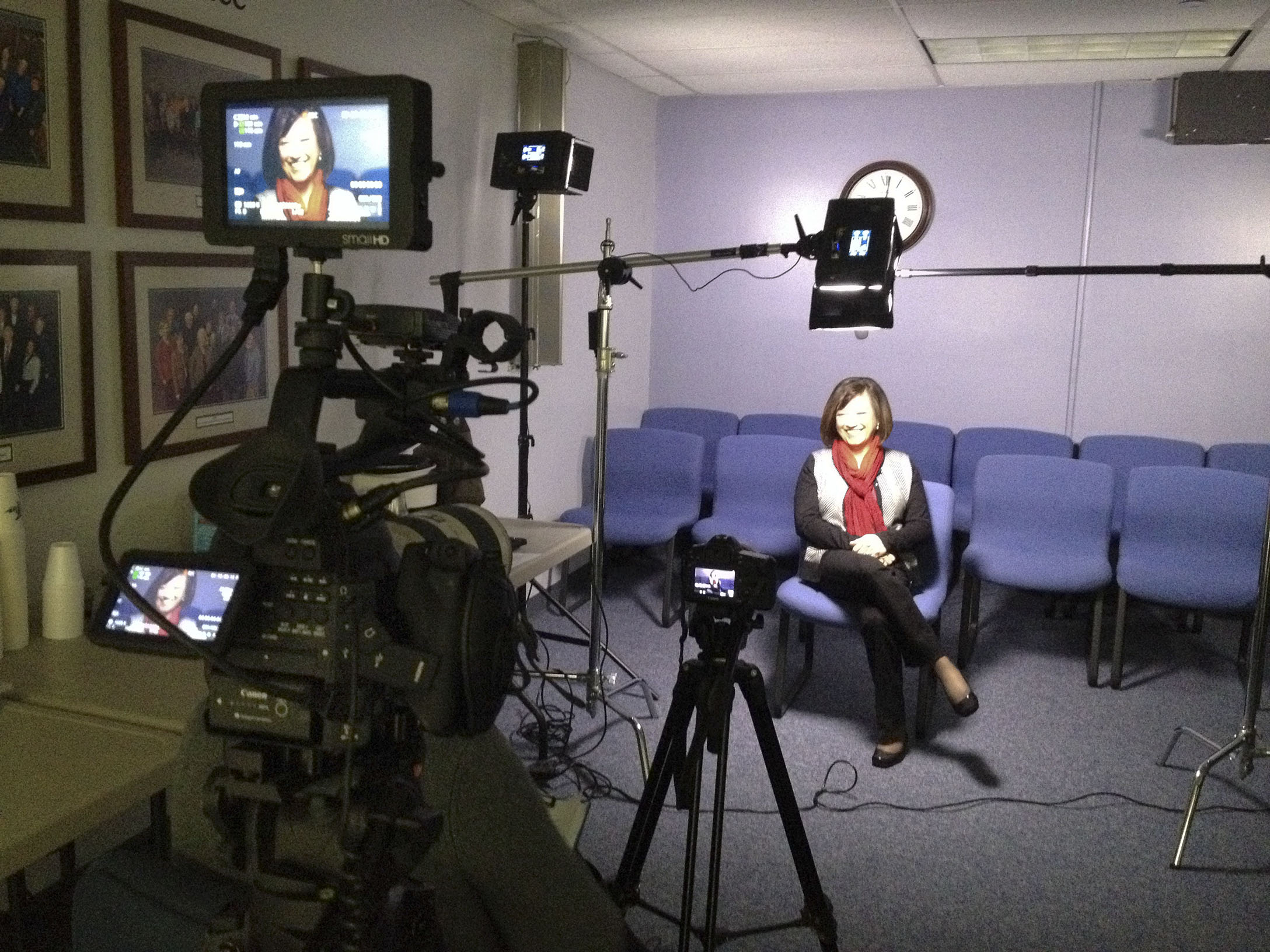 So our first interview would set the stage for how we would shoot the other eight and I didn’t make it easy on myself!

I ended up shooting two cameras (a Canon C100 and Canon 5d mark iii) for each interview and also lit every interview (except 1) the same.  The average 1 hour set up time for each shoot was cumbersome but ended up being well worth it. 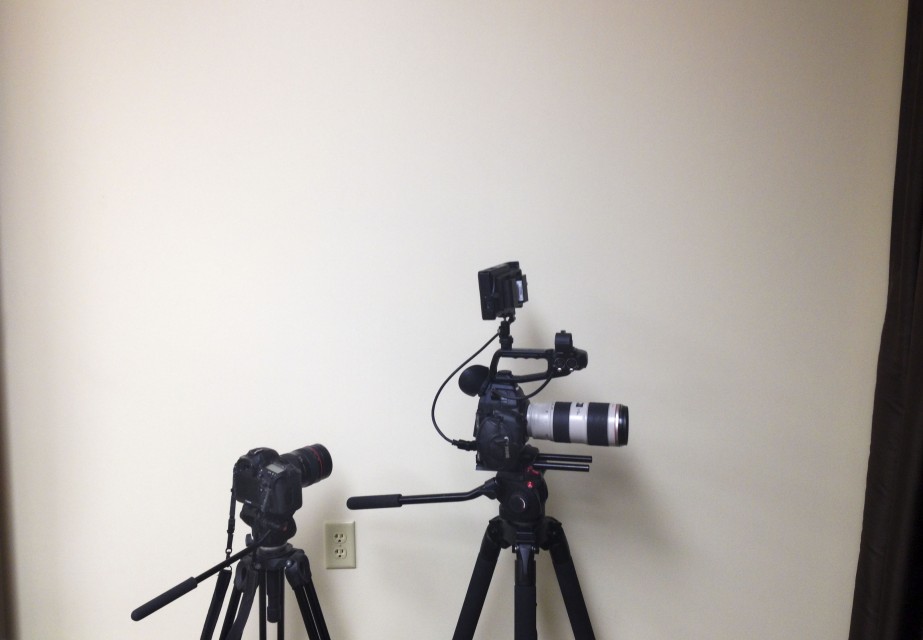 Sarah was great with her interviews and was really prepared, which was no surprise to me.

Shooting video by yourself is a challenge.  Unlike photography, there are so many moving pieces to be aware of and account for, but there is nothing like the feeling of converting a space, that may not look so interesting when you first walk in, into something that is pleasing to the eye.  It’s a challenge to do but I’ve always liked a good challenge!

Being a one man band wore me out but I was pleased with the final product.

The video was shown to 1,000 people attending the Women’s Foundation annual luncheon on Friday December 6th.

Here is the story.

It was a nice event with America Ferrera as the keynote speaker.  Ferrera is actor and she calls herself a “storyteller” and she did just that.  She put forth an inspiring message about the need to support opportunities for women and children and focused on the power of stories to push that message.

Cactus Canyon and Hawk Hill Community in the Ozarks