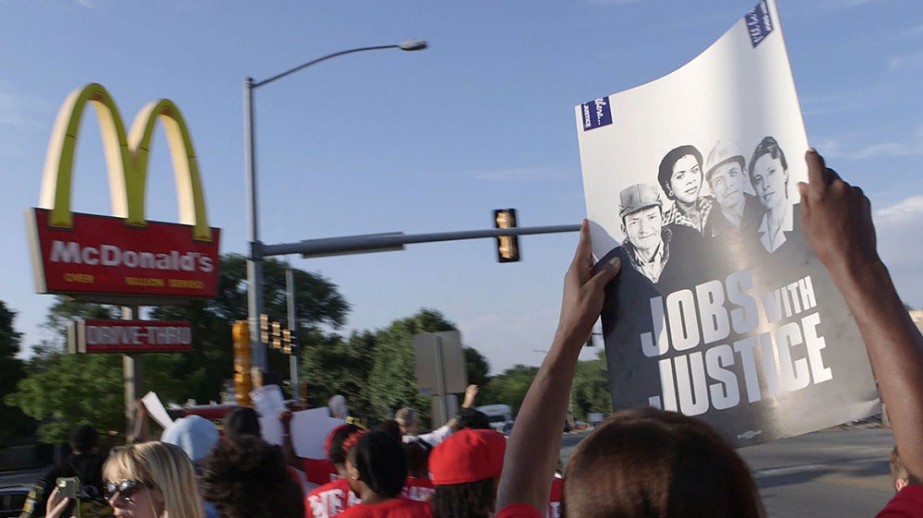 A recent study by academics at Cal-Berkeley showed that the median wage of fast food workers was $8.69 per hour, a wage referred to as a “poverty wage” by workers.

In 2013 I had the opportunity to attend the National Press Photographers Association News Video Workshop that took place at the University of Oklahoma. The experience was great and even though it is focused toward the working TV shooter, I learned a ton and left the week saying I was just going to find a story that interested me and follow it and produce a story, whether I could get it published or not.

I looked around for a few months and in July heard about a strike by fast food workers that was going to take place in Kansas City, so I decided to go to the event and see what was going on.

The first event took place on July 29th and it was clear to me right then that there was 1. A good story and 2. Good “characters”.

So I started following the workers over the next six months as they raised their voices and made their demand of “15 and a Union”, the demand for $15 an hour pay and the ability to unionize.

It was in October, with the release of a University of California, Berkeley study, which focused on the costs incurred by the taxpayer due to the low industry wages these workers are paid, that I knew we had a “publishable story”.

Fast food workers in KC had been saying for three months that their wages were too low and the newly released study showed the effect of these low wages, which hover just above the minimum wage, on federal public safety net programs and the estimated cost the tax payer incurs, nearly $7 billion a year.

A report by the National Employment Law Project, which published around the same time, showed the seven largest fast food companies in the U.S. made an estimated $7.44 billion dollars in profit in 2012. With nearly $7.5 billion in profits in the industry and $7 billion in costs to federal public safety net programs many leaders in the movement began crying “corporate welfare”. 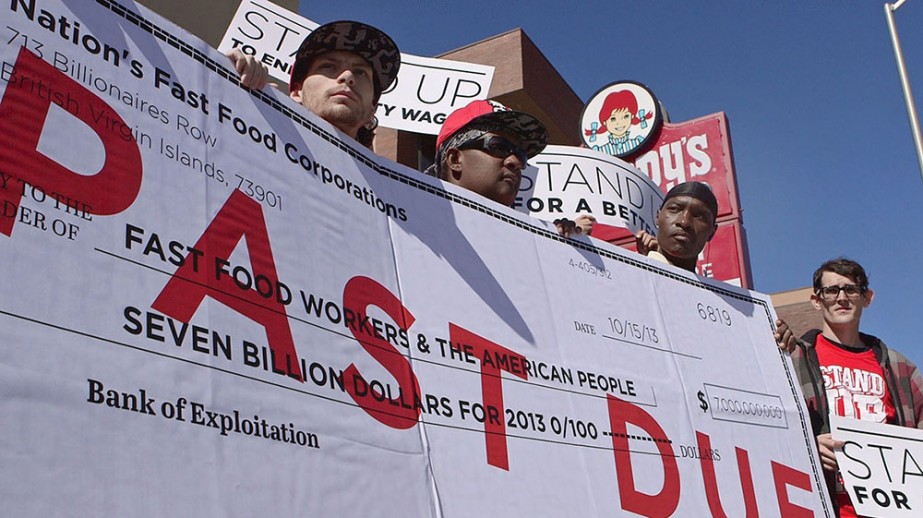 Fast food workers stand outside a Wendy’s on Main Street in Kansas City, MO during a press conference discussing the costs to the U.S. taxpayer from the low wages paid by fast food restaurants on Oct. 15, 2013. The press conference was held to discuss a Univ. of California, Berkeley study that was released that day citing the costs of low wage work in the fast food industry.

So I pitched a story to KCPT, the Kansas City public television station, to focus on these worker strikes with a look into the current minimum wage.

They said yes to the idea and I worked to shoot the remaining interviews I needed and finish out the story.

The piece aired on KCPT on Thursday, February 13. A link to the full half hour episode of The Local Show is here.  The fast food worker/minimum wage story is the first segment and runs almost 12 minutes.

I’ve attached the video story off of my vimeo page too.

Please take a few minutes to watch it if you have the time.

In my opinion, it’s an important story on so many levels and raises a lot of questions about the minimum wage and those who work at, or just above, the federal level of $7.25.

The discussion of the minimum wage is now being had by many cities and states across the country and I think it’s in good part to the fast food workers around the country who have been putting their story out there. 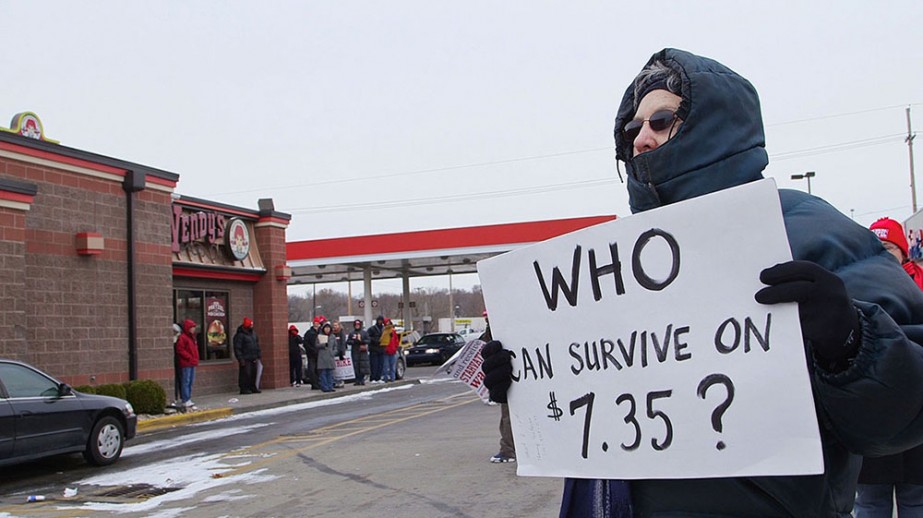 The fast food worker strikes have awaken a discussion about the minimum wage across the country. On Dec. 5, workers and their supporters did strike actions at a Wendy’s and other fast food restaurants in the Kansas City, MO area.